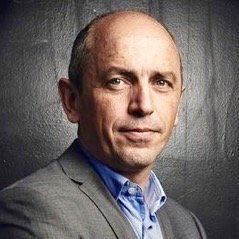 Pierre Larrouturou is a French economist and politician.

He left the French Socialist Party in 2013 to found the Nouvelle Donne (New Deal) party, which he co-chaired until 2016.